Travels Up And Around Canfield Mountain And Beyond 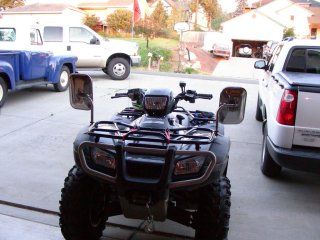 You are probably wondering how this site came to be. Well, okay, probably not. But the story starts several years ago; sometime in 2006, to be approximate. I was driving home from work, thinking of all the things I had not done yet with my life. I concluded that one thing I would probably never do would be to climb Mount Everest. This wasn't a bucket list though, because I was not making goals.

At that time, I was buying domain names on a regular schedule and that evening I sat down at my desk and looked up domains for sale on eBay. Would you not know it - EverestClimber.com was for sale with a starting price of ninety-nine cents. That was more than coincidental - it was hyper-coincidental!

Now eBay has this thing they call Best Practices. Not too unusual, because you can find Best Practices in almost every industry. Wherever Best Practices are written, professionals understand that to be the bible for the given field and you will find municipal bureaucrats cling to Best Practices almost as hard as their lust for round-a-bouts. eBay's Best Practices instruct the seller to begin auctions low - like around ninety-nine cents. The benefit will be to encourage more people to bid early and participate. eBay's Best Practices warn against the use of reserve auctions because bidders will be less inclined to participate. So, here you have a whole pot-full of eBay sellers auctioning off valuable products for ninety-nine cents with absolutely no protection or guarantees - pure risk. The ones who benefit are 1) eBay whose intention is to generate activity at other people's expense; and 2) bidders who discovered that eBay's claims of finding valuable items for almost free is true.

How bidding at eBay works, is you can place your bid at any time before the end of the auction. You may even place your bid at the highest amount you are willing to spend without worrying that the bids will suddenly be out of control. This is called proxy bidding. This is because the auction always increments by notches from the last bid. No proxy bid is exceded unless another bid comes within range of the proxy. For example, take an auction started at ninety-nine cents. There are already three bids on the table that have raised the value of the auction to $3.75. You don't want to watch the process but you are willing to pay twenty dollars. So you bid that amount. The auction just went up twenty-five cents - the minimum increment. The auction will not reach or exceed the twenty dollars you bid until somebody actually places a competitive bid for twenty dollars or more. If you were the last bidder in this example, and nobody outbid your twenty dollar proxy, you would have won the auction for $4.00, even though your bid was twenty dollars.

Lurking in the background are bidders who are known as snipers. These species wait until the last three to five seconds to place their bid. At that time, they place a number on the table that is the maximum they are willing to pay. If they are outbid, they move on to another auction. If not, they win - usually a whole lot cheaper than within a competititve auction. During my eBay years, I loved the sport of sniping and had it perfected to a science. However, on several occassions, I found myself outbid by another sniper!

All this to say, at the last moment, I placed my maximum bid for EverestClimber.com - only to find absolutely NOBODY else had bid! I won the auction for ninety-nine cents. This must have been a Divine Appointment.

At that time, I decided to use the site to chronicle my adventures up and around Canfield Mountain and other exciting destinations with my ATV. The unit I had at the time was a 2002 Yamaha Bear Tracker with a 250cc four-stroke motor. I bought it from a friend. It was a very good machine, if you are not in a hurry, or concerned about comfort. My son. Andy, had a 500cc Honda and I had a heck-of-a-time keeping up with him.

Several stories were posted on EverestClimber.com and it was my intention to have regular adventures and write about them for the site. But on 31 January 2007, I fell off a roof and shattered my pelvis. God spared my life but I was in a wheelchair for the next six months. It was a very slow heal and over two-and-a-half years later, I still cannot operate a clutch. I am fortunate I can walk. However, most other activities with my left pelvis-leg-foot are somewhat restricted. As I result, I had to sell my beautiful Ford F350 dually, 4x4, Powerstroke pickup and my much cherished Yamaha Bear Tracker ATV. Fortunately, my son was getting married and selling his Honda Rubicon with the 500cc motor - and an automatic transmission. I bought it.

The Rubicon has proved to be a very good street machine for me. I use it in good weather because it is easier to get in and out of than a car or truck. But I never thought I would be going off-road again, except for maybe a gentleman's drive on the Palouse. Yesterday (03 August 2009), my son and I took an excursion through Canfield Mountain to Fernan. Wow, it was over seventy miles and we had a blast. So now it looks like I will be back in the dirt and writing again, as time allows.

It occured to me it was time to reactivate this site. So, here we are. The old articles will be coming back, even if somewhat modified. All rides will be chronicled in the album section (mid menu); stories and how-tos will be in the content (regular menu) pages. Expect to find the story of my fall from the roof, how to mount truck mirrors on your ATV, and other stories of interest. Hope you enjoy the site. Tell your friends and come back often to see what's new.

May God's blessings be upon you.